Before the Pacific War, Japanese Brazilian society assumed dual characters; one as an outpost of the Japanese Empire and the other as an integral part of nation-state Brazil. Reflecting this duality, education for Japanese Brazilian children evolved under the influence of the Japanese educational practices and the Brazilian public education system. This lecture begins by reviewing elementary school education for Japanese immigrants in Brazil that reached its golden age in the late 1930s, introducing the Japanese educational practices popular at the time. In particular, my discussion illustrates how the Japanese pedagogic practices, including military style physical education and school excursion, were promoted, when the Brazilian government were pursuing the nationalization policy. Situating the Japanese school culture within the interconnected modernization movements of the two countries, my talk will invite the audience to explore the historical significances of the Japanese school culture and its important implications for today. 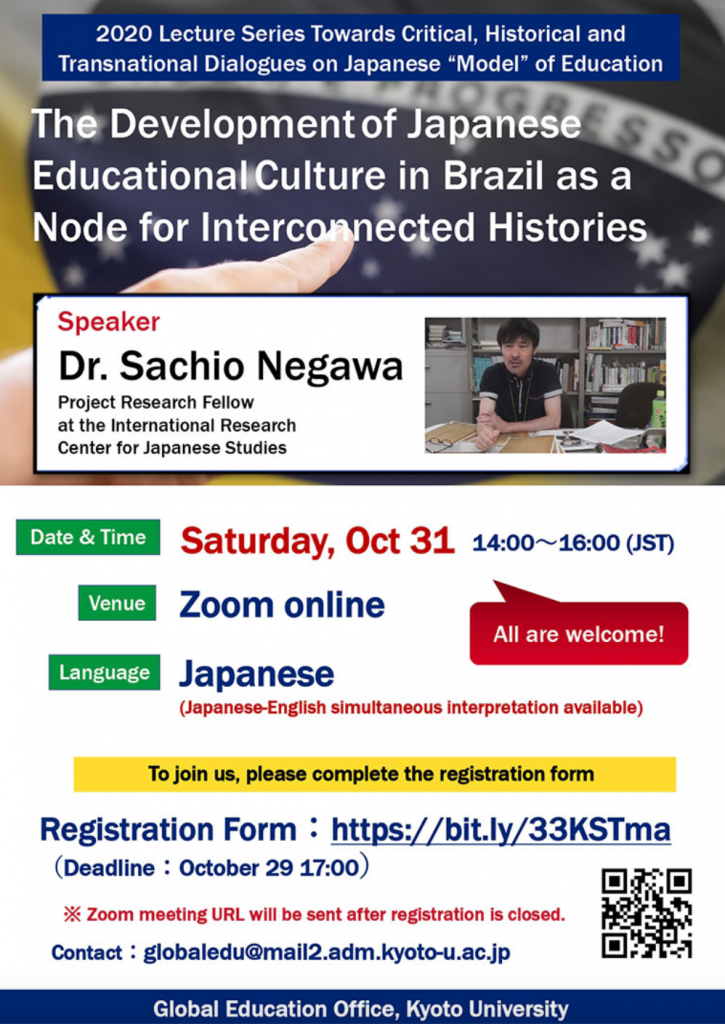