Ryoko Tsuneyoshi is a professor comparative education at the Graduate School of Education, The University of Tokyo. Ph.D. sociology, Princeton University. She is the former Director for the Center for Excellence in School Education (2015-2016), Graduate School of Education, the head of the Attached Secondary School to the University of Tokyo (2016-2017), a former member of the executive committee for the Science Council of Japan, the executive member for the Intercultural Education Society of Japan, Japan Educational Research Association, and a former assistant to the president (socho hosa). She does comparative studies of school education, cross-national fieldwork, and her publications in English include: Tokkatsu: The Japanese Educational Model of Holistic Education (2019, World Scientific), The Japanese Model of Schooling (2000, Routledge), Minorities and Education in Multicultual Japan (Routledge, edited with K. Okano and S. Boocock, 2011).

The value of developing the social and emotional aspects of the child, promoting non-cognitive abilities, etc. are now recognized internationally. The Japanese model of schooling integrates both subject and non-subject learning under the umbrella of a larger holistic educational framework. This model, now known internationally as the Tokkatsu model (comes from tokubetsu katsudo), is now being implemented outside of Japan (e.g., Egypt, with assistance from JICA). This presentation focuses on this model, and reviews some of the developments abroad, and analyzes the challenges, possibilities, and possible future directions, as the model internationalizes. 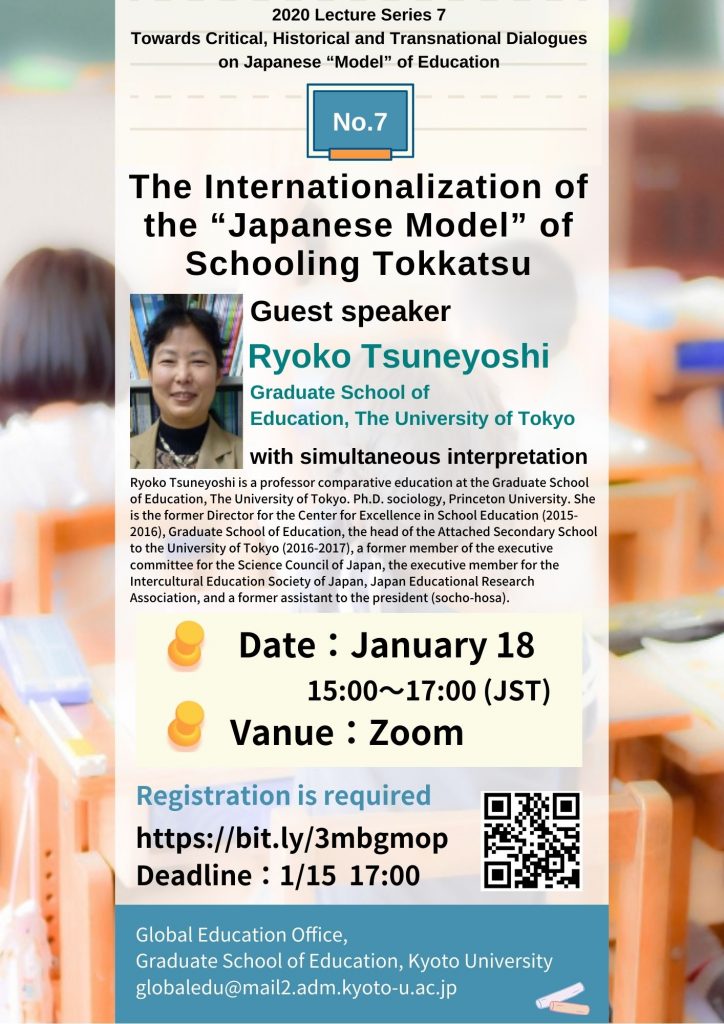